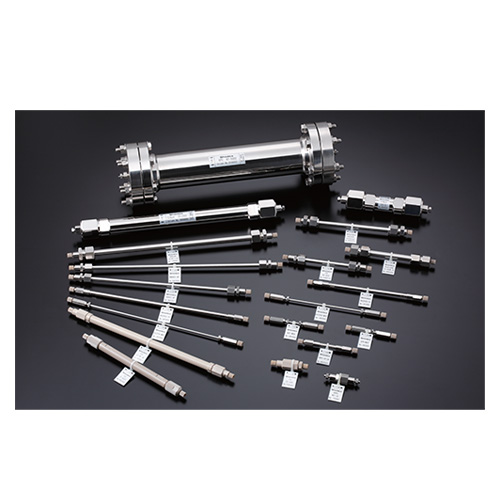 The clean-up method is widely used to remove lipids, polymers, pigments and other high molecular weight compounds from a wide range of sample matrices including food, tissues, grains, plants and environmental samples. Using this method combined with GC/MS, GC or HPLC, it is possible to detect many pesticides residues with good reproducibility in a relatively short period of time.
Dichloromethane has been used as an eluent for GPC clean-up, but as it may itself cause environmental pollution. To overcome this, the possibility of using a non-halogenated solvent such as ethyl acetate/cyclohexane as eluent was tested recently, but compared with dichloromethane the separation efficiency was inferior.
CLNpak EV-2000 series for GPC clean-up is developed to be used with non-halogenated solvents such as ethyl acetate/cyclohexane as the eluent. Using such solvents, EV-2000 series can obtain almost the same results when dichloromethane is used. This is the unique feature of EV-2000 series. 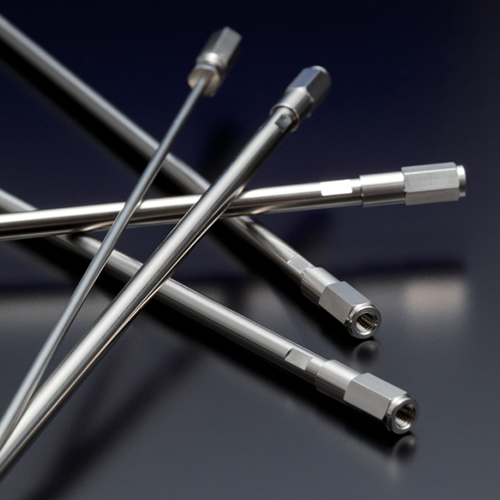